What if I told you there are millions of young billionaires online right now: billionaires that manage their own business and take strategic steps to turn a profit by the time they step away from their computer for the night?

What if I said they can also start an intergalactic war or slay a leviathan with another few clicks on their keyboard?

It sounds crazy but bear with me. This isn’t just a hypothetical example. This is reality. Some of the most successful businessmen and businesswomen play massively multiplayer online role-playing games (MMORPGs or MMOs for short).

Players first jumped into the commercial virtual world with each other when Ultima Online was released in 1997. Since then, many MMOs such as World of Warcraft, Final Fantasy 14, and EVE Online have appeared. These games host the virtual lives of millions of players worldwide. They’re a huge phenomenon. 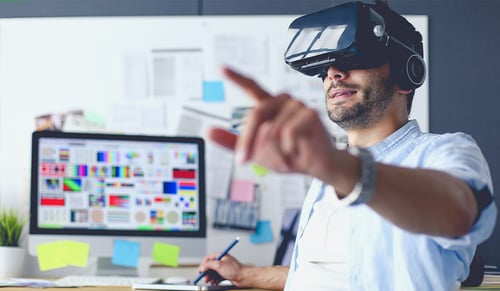 So What Do Orcs, Dragons, And Spaceships Have To Do With Entrepreneurship?

Most MMOs have a player-driven economy and marketplace where individuals can buy or sell various materials and manufactured goods. In such a cutthroat market, players must control the prices of their rare goods and compete against other players to sell it at the best possible price, without cutting too much of the profits from their hard work gathering and crafting their wares.

Apart from the marketplace, players often run enterprises, guilds or clans. These groups are often filled with like-minded individuals who have specialized roles but strive to make a profitable ROI, much like any business.

So past all the asteroids and goblins, how do the concepts used in MMOs to gain virtual currency be applied toward your businesses in real life?

Meet Matthew Ricci, a hardcore MMO player who took the skills he learned from his pastime and reinvented his father’s business into a multi-million dollar company. Ricci took an obsession that nearly destroyed his personal life and turned it into something that benefitted his family’s life tremendously.

And Ricci isn’t alone. MMOs across the nation make up some of the best leaders and employees. Why? Because the skills they learn from gaming can be used to get tangible results in the non-digital world.

Here are some of the skills that MMO players such as Matthew Ricci can use to become an entrepreneur:

1. MMO Players Know How To Hire The Right Person.

Before becoming a guild leader or CEO of a business, most players start out as grunts and work their way up hierarchy, similar to the process of climbing the corporate ladder. The players who participate and dedicate the most time in the guild are often rewarded with rank, gold, and respect amongst each other.

Your message needs to be clear, and there’s no one better at communication than someone who plays MMORPGs. Players are systematically connected to one another through what is called a global chat system. Think of it as Slack, but everyone and their grandma have access to this one universal workspace.

Because of how easily rumors can spread, most MMO players develop a strategic communication etiquette. They know how to sell their goods and interact with others in a fashion that does not tarnish their reputation.

Take the process of creating and completing a marketing automation system for your client and thinking of it as a journey to trek across the lands to find the dragon’s lair to slay it. The connection between both processes may seem a bit far-fetched, but they surprisingly require the same amount of coordination.

Without all these moving pieces, neither will succeed.

Get Your Game On & Level Up Your Leadership Skills

Some people associate video games with a lack of ambition. They might picture men in sweat pants who hide in their rooms, shut off from the world, clicking away on their keyboard all night. But MMORPGs are a social, strategic environment. You can see that this stereotype is the opposite of the truth. Many MMO players have the skills and drive to become the next Bill Gates, Elon Musk, or Steve Brown.

So if your kids, employees, or friends enjoy gaming, don’t give them a hard time. Instead, try it out yourself. Not only will it help improve your leadership and communication skills, but you’ll also have a blast doing it. After all, there’s no better way to de-stress after a long week than by hunting down dragons or slaying monsters.

Tired of playing games with your marketing? Schedule a free strategy session. We’ll examine your current marketing strategy together and determine the best strategy to get you the results you need.