10 Things To Know About Amarillo, Texas

You’ve probably seen the article, 22 Things You Need To Know About Amarillo Before You Move There, shared all over Facebook. While we won’t say we disagree with what the article said, we do think that it left off some pretty important details. But that's just our opinion!

So the ROI Online team decided to dig a little deeper. We came up with our own list of unique, fun (and odd) things you may or may not know about this Texas Panhandle hub.

Whether you are moving here, are a recent transplant or are even a long-time resident, here are 10 things we appreciate about Amarillo.

OK, the wind is not fun, and it’s also not pretty (brown skies, anyone). Sometimes when it’s really hot, it’s like trudging straight into the path of a giant blowdryer. Amarillo has been officially declared as the nation’s windiest city for a reason. Thanks to these “light breezes,” this area has become a trove for renewable energy. Class 4 Winds and Renewables is an excellent resource if you are interested in learning more.

Amarillo is all about supporting local businesses. We ran off Krispy Kreme, 7-Eleven, and probably a few more “big, bad chains.” However, we sure are excited about Chipotle coming to town!

Speaking of local businesses, Palace Coffee’s reputation has garnered nationwide cred for its exceptional cups of joe, hip atmosphere and admirable community involvement. After three years in Canyon, Palace is opening a second location in Downtown Amarillo in the Paramount building. Its baristas have won several competitions, the cafe has been featured in Barista Magazine’s blog, and it was recently named one of the 10 best coffee houses in America by USA Today.

We won’t bore you by writing a tome about The Lighthouse Trail and the fact Palo Duro Canyon is the second largest canyon system in the U.S.

Instead, we’re going to tell you to leap off the beaten path. At Palo Duro there are actually waterfalls as well as some amazing caves to explore. A zipline was also recently added to the park. Take a hike or a bike out to Wildcat Bluff Nature Center, which touts more than 600 acres of grassland and wildlife. In addition, the Canadian River also makes for the perfect off-road playground.

The Natatorium, which opened in July of 1922 on Route 66, was quite the watering hole back in the day. It began as an open air building surrounding a swimming pool, then was converted to a 10,000 square foot dance hall that hosted the likes of Elvis, Buddy Holly and Little Richard. Today The Nat has been transformed into an art and antique mecca where more than 100 dealers sell artisan and one-of-a-kind crafts and goods. Not too shabby, eh?

In 1928, while working in the basement of the Santa Fe Railway General Office Building, the remains of a million-year-old mammoth were discovered. The American mammoth was put on display at the Panhandle-Plains Historical Museum (which just happens to be Texas' largest history museum).

Don’t dismiss Amarillo’s creative side. We have an abundance of talented musicians, bands and artists in these parts. If you are into painting, don't’ overlook Brush With Art, where you can paint your own pottery. This family-owned pottery studio is perfect for spending time alone or getting crafty with your family and friends.

The Amarillo Museum of Art, located on the Amarillo College campus, presents community members and visitors with a variety of permanent and traveling exhibits in addition to educational opportunities.

Looking for free music? During the warmer months you can’t miss Music in the Gardens at the Amarillo Botanical Gardens, Starlight Theater in Sam Houston Park, High Noon on the Square in downtown Amarillo and more.

Yes, we don’t have many trees out here, and the water is well… But like in every desert, there is a hidden oasis. Plan a getaway to Starlight Canyon, which has cabins that offer a stunning view, yet comfy environment for some R&R. Three Falls Cove is a lovely B&B north of Amarillo. Whether you are looking for a weekend retreat or to host a big country wedding, Three Falls Cove delivers.

Amarillo National Bank is one of the oldest family-run banks in the nation. At the forefront of the banking business, ANB was the first bank in Texas to have a drive-up window and automatic teller machine, in 1950 and 1978 respectively.

The Panhandle Professional Writers Association is nearing its 100th anniversary, making it one of the longest standing writer groups in the country.

Yes, the other article mentioned Oliver Saddle Shop, but it forgot to mention a few key things. Opening in 1917, Oliver Saddle Shop is the oldest family-owned saddle shop in the Lone Star State (and has made a saddle for a U.S. president).

The house prices are pretty tough to beat. Enough said.

10. We know how to appreciate a good rain!

Have you noticed how good of moods people have been in since we got the six-day soak? You don't see people in Seattle smiling about the rain.

Tell us what you love and appreciate about Amarillo! What are some things you think people should try out here? 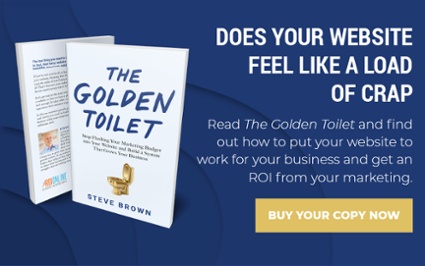