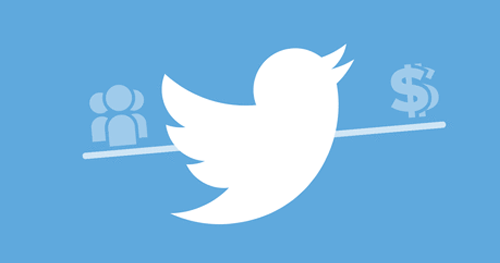 As a social media director, I’ve been patiently watching Twitter’s strategy for the past couple of years. It's always interesting to see what the “Top 5” social media big dogs’ (Facebook, Twitter, Instagram, Snapchat and LinkedIn) next moves will be.

But Twitter always leaves me puzzled. I don’t see high engagement. I have to post multiple times in hopes that someone will see it. And some cities, like ours, have never seemed to latch onto Twitter.

After reading a recent article announcing Twitter gained ZERO new users last quarter, I can say my assumptions were correct! And no new users translates into falling stocks. Facebook, on the other hand, reached two billion monthly users in the second quarter.

Here are a few reasons Twitter has fallen behind.

Although some users claim they love Twitter because of its lack of algorithm, that doesn’t necessarily allow for the best user experience.

Can you think of a time where you had to scroll through so many posts just to get to a message you wanted to actually see? That is the beauty of an algorithm. People curse it but you should really use it to your advantage.

Facebook is the king of social media because it is constantly changing its algorithm one, to make more money and two, to create the best user experience possible.

Let’s be honest: If an influencer is crazy about your product, you’ve hit the marketing jackpot. We millennials have a thing for influencers and that’s not going to change anytime soon!

Influencers help the consumer see what’s up and coming — not to mention they help skyrocket your marketing. Twitter is offering a $99 monthly subscription service to help promote influencers tweets… Uh, talk about a way to steal all of your money.

An influencer may be willing to pay $99 a year to amplify their account, but a month? Get real, Twitter!

Have you ever tried to search for something on Twitter and ultimately failed each time? Yeah, it’s because it has poor search functionality. Unless you know someone's Twitter handle, chances are you’re going to have a hard time finding that person or profile. Facebook, on the other hand, allows you to easily search pages and profiles.

So how can Twitter stay in the “Top 5” and avoid becoming the next MySpace?

While not all social media users appreciate the changes Facebook, Instagram or Snapchat implement, at least these platforms are moving forward. I truly do not believe Twitter will ever be able to surpass its arch nemesis, Facebook.

However, it does have the ability to alter its strategies to compete with Facebook. I, along with many other marketers, will be interested to see if Twitter can find a way to get off life support and step up its social game.

What do you think about Twitter? Will it make it or fizzle out? Let me know if the comments section below!