What's The Buzz Around Native Advertising 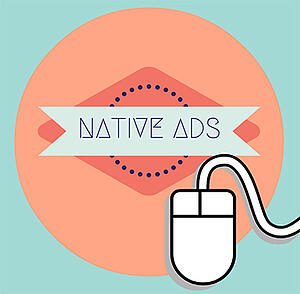 What Is Native Advertising?

Why Have Native Ads Become So Popular?

Native advertising has risen in popularity because it is among the most effective forms of advertising. Because people spend so much time online now, especially on social media sites and news websites, placing ads inside a person's feed is more likely to get attention than banner ads.

Because of the placement of native ads and the way they seamlessly blend in with editorial content, native ads got about the same amount of face time with consumers as editorial content. According to the aforementioned study, participants looked at ads for about 1 second, but tended to look at editorial content for 1.2 seconds; the difference is truly negligible.

How Do You Start Using Native Ads?

While native ads seem to be the work of high-end, Fortune 500 companies, in reality, native ads can be utilized by any business, large or small. Experts suggest small companies begin a native ad campaign by working directly with native ad specialists. These are people and firms that know how to place content in a manner that is natural. They are also experts in matching proper mediums with the intended demographic. Most experts also agree that utilizing native ads is most effective on social media websites, such as Facebook, Twitter and Instagram. By doing this, you'll get your brand in the public eye in a natural and unobtrusive fashion.

For more great tips and tricks, visit our Resources Page!